WWW
JPTRR (Frederick Boucher) says
Among the many naval gun engagements that shattered the Pacific during World War Two, seven were cruiser duels and five featured heavy cruisers: The Battle of the Java Sea, Battle of Sunda Strait, Battle of Savo Island, Battle of Cape Esperance, Battle of the Komandorski Islands, Battle of Kolombangara and the Battle of Empress Augusta Bay. Of all the campaigns of the war the one that fascinates me the most is Guadalcanal; the naval battles are a prime reason. Ive been reading about them for 35 years and eagerly read every new title that comes out. Thus, I was thrilled to receive USN Cruiser vs. IJN Cruiser Guadalcanal 1942 from the wonderful folks at Osprey, and with great anticipation I opened the cover. 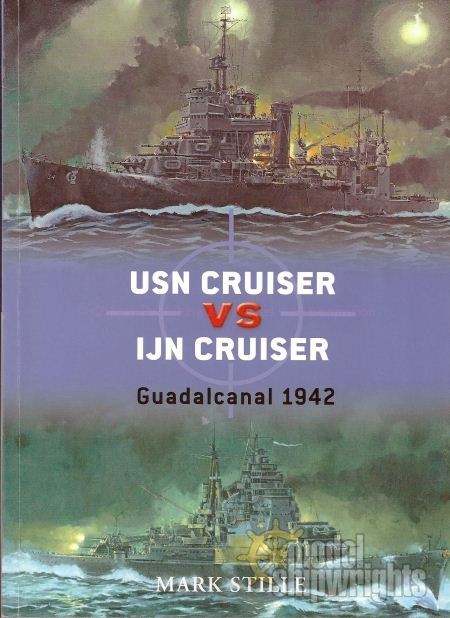 If you have comments or questions please post them here.