If you have comments or questions please post them here.

REPLY & QUOTE
clovis899 (Rick Cooper) says
David pointed out that the front plates were correct as molded. What I was seeing in the photo that I used as a reference fooled me into thinking there was something wrong with the shape of the kit part. The review has been amended to incorporate this new information.

David,
Thanks for helping out with the correct information!

Rick Cooper writes excellent reviews, and this is another one.

thx for your review. You mentioned the differnt shape of the zimmerit of the turret compared to the hull. In the most case this is right. Zimmerit shape of the Tiger`s turret was a bit more rough and bigger as the zimmerit on the hull which had a thinner and finer measure.

Dragon was critized in the past that they have not considered this fact on their first Tiger with Zimmerit.

REPLY & QUOTE
cabasner (Curt Basner) says
Wow, the kit is sold out already? I was thinking that I might have made a mistake by placing my order directly with Dragon and paying their 'list' price. I guess i was wrong...and i'm glad I have mine. Now, I only wish I'd ordered two!

Wow, the kit is sold out already?

You can no longer order it on the Dragon USA site.

REPLY & QUOTE
Rouse713 (Mark) says
Don't get me wrong guys, but what is drastically different with this release?

Between their initial and late '39-'45 series and white box kits (not counting the DAK kit, that is too mythical a status now), we have:
-Rubber and steel roadwheels
-early and late copula's
-early and late gun mantles
-some different roof options

What we don't have:
- S.mine launchers
- Feifel air cleaners (both)

I know there are countless other features I am missing, but these are the big ones that stick out in my mind.

That said, let's look at the white box history of tigers (not counting the DAK kit): 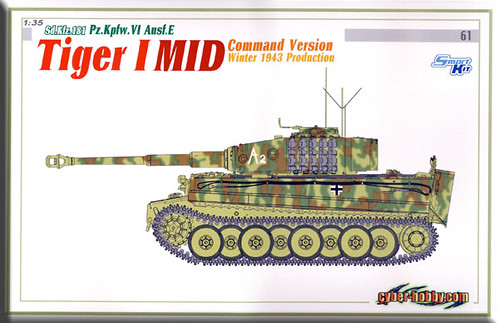 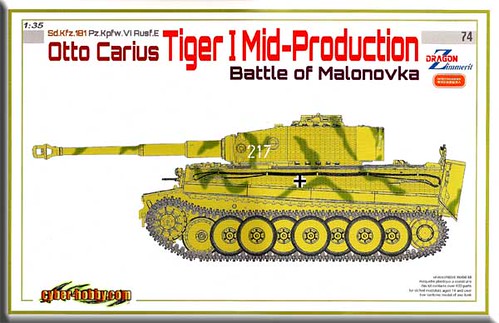 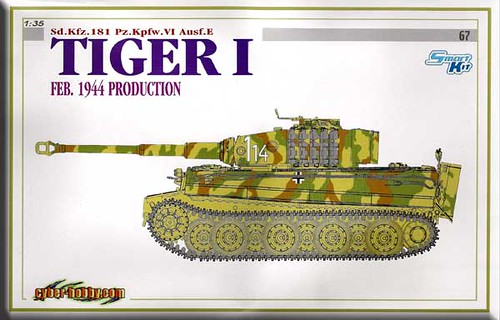 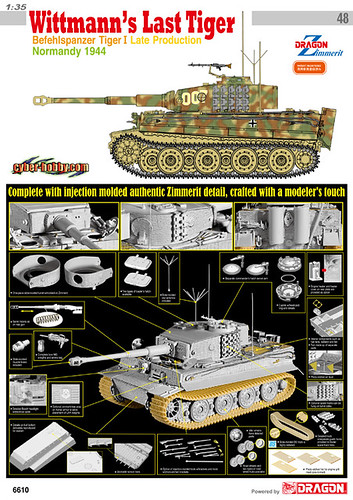 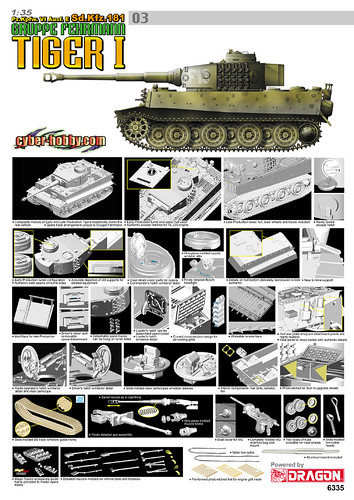 In all of these releases, we never get the s.mines or Feifel air cleaners. Why? I feel like an eager modeller who can apply their own zimmerit could achieve most if not all of the white box releases with the following '39-'45 kits: 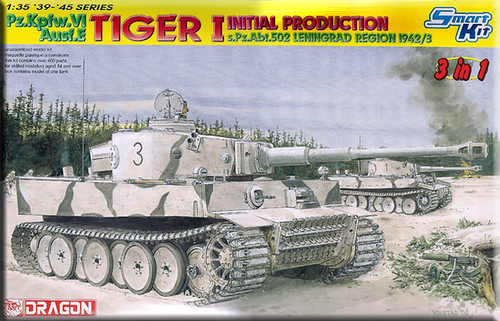 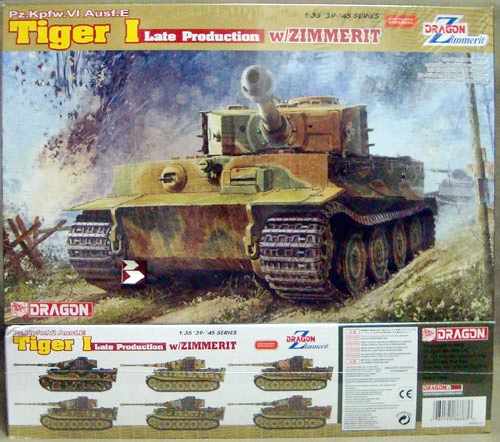 I know that there would be some features missing (ie: gun travel lock), but the bulk of the parts are already there. It seems to me DML has been mix matching the above two kits for the past 5 white box releases with adding a small sprue and or molded-in-zimmerit.

What a killing DML would make if they released a '39-'45 kit with the following features: 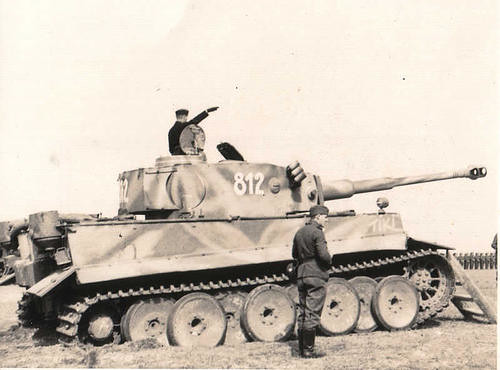 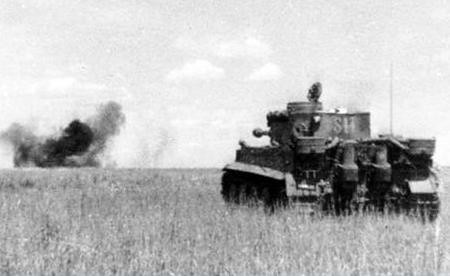 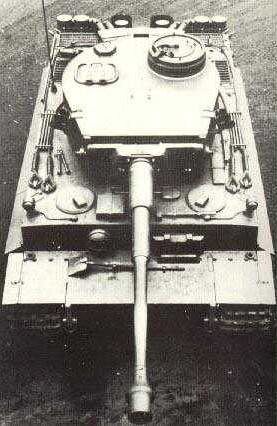 I know I probably sound a little bitter, but I get the sense that they are creating all of this craze whenever a new tiger is released as a white box kit. The part I am stumped on is it doesn't really seem like we are getting anything new, we are just paying a really high price for sprues we have seen before still without indy-link tracks. BTW, I know DML doesn't owe me anything. If they want to release 20 other late white box tigers, they can do whatever they want! They certainly sell well for the company, and at the end of the day they are not here to please me.

For those that bought this Otto Carius release, I am sure you will love it! It is an amazing kit at what it does, that I cannot deny . Just because I, or someone else says they don't like it, doesn't mean it isn't a really cool release.

For now, the Tamiya release will have to serve the "early-mid" tiger market. Thankfully the kit is pretty good.

That said, DML has come out with some really nice kits for the German fans out there. Not all other their releases have been similar to the white box series of tigers: 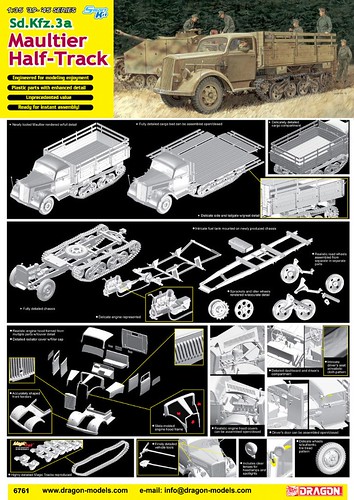 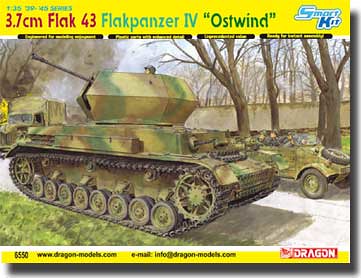 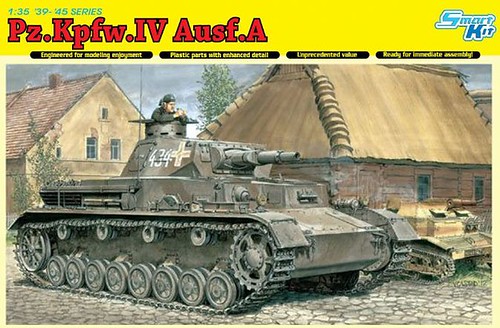 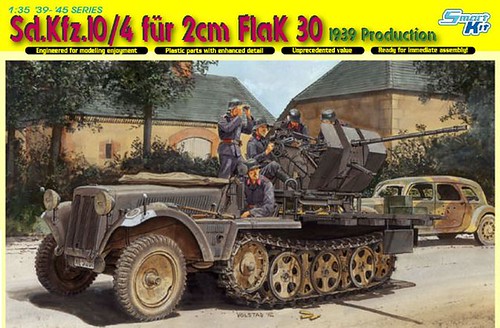 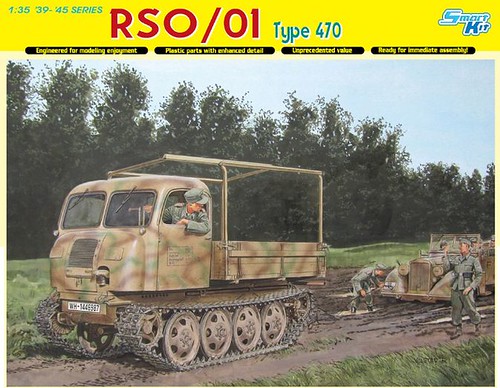 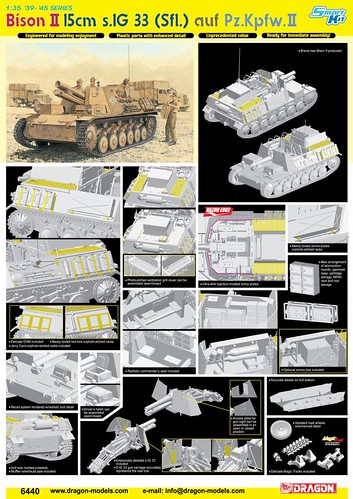 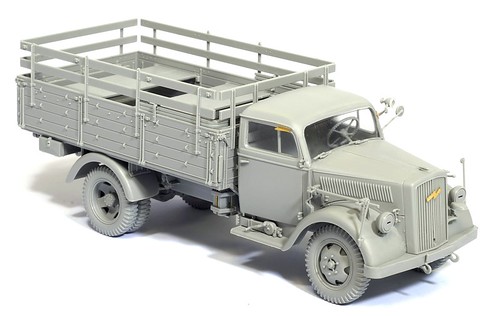 While DML's entire release spectrum may not feel as fresh as Bronco or ICM's recent offerings in WW2 German armour, I can't write off all of their stuff as boring.

Thanks for the review Rick, I don't mean to hijack the thread with my rant. If there is too much discussion on this instead of your excellent review, I will move this reply to a separate post.

.
It has the later Feifels and S-mines, though I don't like the implementation of the latter. The supports would be better done in plastic rather than photo-etch.

I did miss that one. I know everybody talks about the DAK tiger, but that one to me would trump all of them.

REPLY & QUOTE
pzcreations (Tim Sloan) says
David,Ive been meaning to ask you, whats a good reference for 1/35 scale drawings for the DAK Tiger? any that show the early filters?

REPLY & QUOTE
Byrden (David Byrden) says
I don't know of any drawings of Tigers of s.Pz.Abt.501 Afrika that I would use; but then, I don't go looking for modern drawings of the Tiger, so they could have escaped my notice.

REPLY & QUOTE
Bernhard49 (Bernhard J RIFFEL) says
Owners of the kit (and of course others, too) may be interested to know that a 90th Birthday Commemorative Edition of a book about Otto Carius' military achievements in WW II has been given to him by the publisher a few weeks before Otto Carius' birthday on 27 May 2012.
More info can be found at
http://forum.axishistory.com/viewtopic.php?f=5&t=163013&sid=4eb8d2d2c3c32c8ab122e4f3a8ab33f0&start=15

REPLY & QUOTE
bill_c (Bill Cross) says
Thanks for that information, I just wish Dragon USA would stop advertising this kit as it's OOP.

REPLY & QUOTE
cabasner (Curt Basner) says
I've had my Carius Tiger kit for many weeks now, but finally decided to break open the outer box plastic and take a look at the parts. I must agree with anyone who has stated that molded ZImmerit is amazing. Not only that, but the detail on the rest of the parts looks fabulous, things such as the plastic front fender 'piano top hinges' and associated detail, which, to my not very good, old eyes, looks better than some of the details I've seen on other very well molded/executed kits. I'm thinking that this tank will build into a really fantastic looking Tiger, right out of the box. While I really didn't need another Tiger I, I'm glad I got this one

What a killing DML would make if they released a '39-'45 kit with the following features: