I have been in the modeling hobby off and on since my youth. I build mostly 1/35 scale. However I work in other scales for aircraft, ships and the occasional civilian car kit. I also kit bash and scratch-build when the mood strikes. I mainly model WWI and WWII figures, armor, vehic...

Copyright ©2021 text by Randy L Harvey [ HARV ]. Images also by copyright holder unless otherwise noted. Opinions expressed are those of the author(s) and not necessarily those of Model Shipwrights. All rights reserved. 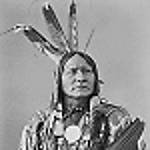