1⁄700
HMS Naiad Kit
Thursday, March 19, 2015 - 10:17 PM UTC
By MICHAEL PAQUETTE
Last December we announced a new kit of the HMS Naiad was coming. It's now available and we have images of that coming kit and it looks like it's a real jewel.
A Dido-class light cruiser, she was launched on February 3rd 1939, and commissioned July 24th 1940. She initially joined the Home Fleet and was used for ocean trade protection duties. As part of the 15th Cruiser Squadron she took part in operations against German raiders following the sinking of the armed merchant cruiser Jervis Bay in November 1940 (by the Admiral Scheer. In December and January she escorted convoys to Freetown in Sierra Leone, but at the end of January 1941 was back in northern waters where she briefly sighted the German battleships Scharnhorst and Gneisenau south of Iceland as they were about to break out into the Atlantic (Operation Berlin). By May 1941 Naiad was with Force H in the Mediterranean on Malta convoy operations, and flagship of the 15th Cruiser Squadron. Naiad participated in the Crete operations, where she was badly damaged by German aircraft. She subsequently operated against Vichy French forces in Syria, where, together with the cruiser Leander, she engaged the French destroyer Guépard. For the remainder of her service, she was in the Mediterranean, mostly connected with the continual attempts to resupply Malta.

In March 1942 she sailed from Alexandria to attack an Italian cruiser that had been reported damaged. This report was false, and on the return, on March 11th 1942, Naiad was sunk by the German submarine U-565 south of Crete. 77 of her ship's company were lost.

This muli-media kit (No. FH1112) is available from HobbyEasy for approximately $26.00 (US) plus shipping.

Look for a forthcoming review at Model Shipwrights of this kit!
Click Star to Rate
3 readers have rated this story.

phantom_phanatic309
Thanks, but already tried Hannants. First port of call actually. Although they have the manufacturer listed they have no items in stock. It might mean they are incoming though. I'll keep my eyes on them.
MAR 24, 2015 - 04:55 AM

atombowl
Hi, new here, but just wanted to let you know that Tony at Dorking Models stocks Flyhawk. As of yesterday he had Lutzow, Derfflinger, Naiad, Ward and a Type VII. Bought Naiad and Lutzow and the quality has to be seen to be believed, particularly Naiad.
MAY 14, 2015 - 02:01 PM 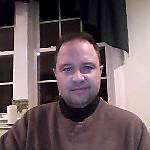 TRM5150
Welcome aboard Giles!! Sure will come to like it around here!! Great bunch of modelers and a friendly crew! Thanks for the heads up about Dorking Models and their stocking list! Flyhawk has some extraordinary kits available...they have certainly jumped to the foreground of the 1/700 market in my mind!
MAY 14, 2015 - 03:25 PM

Biggles2
Something interesting about the sprue distribution. All the detail parts; searchlights and signal lights, Carley floats, winches, etc. etc., are molded on individual non-Naiad -specific sprues with some left over parts. Like these are generic parts for various RN ships. Maybe this might suggest further RN ships will/might be forthcoming?
MAY 15, 2015 - 08:22 PM

TRM5150
I agree completely there Biggs! Those small, individualized sprues seem to denote just that...I would have to figure the "GB" might suggest that as well!! Can't wait!!
MAY 15, 2015 - 08:47 PM
Go to Forum Topic
THIS STORY HAS BEEN READ 6,089 TIMES.
ADVERTISEMENT
Photos