1⁄350
Nagato 'Golden Medal Edition' PE Set
Wednesday, September 16, 2015 - 05:52 PM UTC
By MICHAEL PAQUETTE
Made for the Hasegawa kit (No. 40024), a new comprehensive PE detail set for the Imperial Japanese Navy's battleship Nagato. The set includes wood decking, resin parts and multiple PE frets.
The lead ship of her class, Nagato was built in 1910 and modernized in 193436 with improvements to her armor and machinery and a rebuilt superstructure in the pagoda mast style. Nagato was the flagship of Admiral Isoroku Yamamoto during the attack on Pearl Harbor. She was at the Battle of Midway in June 1942, but did not see combat and spent most of the first two years of the Pacific War training in home waters. It wasn't until the Battle of the Philippine Sea in mid-1944 that saw action by being attacked by American aircraft. Her main armament was first fired against enemy vessels at the Battle of Leyte Gulf in October 1944. Because of material shortages, Nagato was not fully refit for action again and was converted into a floating anti-aircraft platform and assigned to coastal defense duties. In mid-1946, she was a target for nuclear weapon tests during Operation Crossroads. She survived the first test with little damage, but was sunk by the second.

At the time of this posting there was no information on a specific release date or costs. We'll update this post as that information becomes available.
Click Star to Rate
2 readers have rated this story. 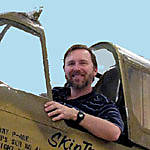 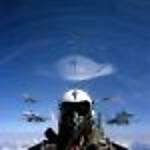