1⁄700
Battleship DKM Bismarck
Wednesday, September 19, 2018 - 07:12 AM UTC
By TIM REYNAGA
Flyhawk Models has announced the November 2018 release of their 1/700 scale rendition of the battleship Bismarck.
Perhaps the most famous warship of all time, the German battleship Bismarck is one of those ships whose legend has come to overshadow reality. Displacing more than 50,000 tons and shipping eight massive 15 inch guns as well as an imposing array of secondary artillery, Bismarck was indeed an awesome weapon. Yet the ships major claim to fame, the sinking of the HMS Hood and mauling the battleship Prince of Wales, was a bit of a fluke, since the German task force was actually sailing under orders to avoid British warships in order to focus on its real mission - the destruction of merchant shipping. As it happened they were unable to elude the Royal Navy, and the epic pursuit, Battle of the Denmark Strait, and the Bismarcks dramatic final destruction have earned the ship a kind of mythical status.

Despite its immense firepower and the valor of its crew, the Bismarck was, in the final analysis, a dinosaur. Built and deployed at staggering cost, Germanys most famous battleship failed utterly in its primary mission: Bismarck never sank a single merchant ship. By contrast, the U-Boats, smaller and comparatively cheap to build, were to sink over 5,000 merchant ships and nearly starve Britain out of the war.

Had Germany taken to heart the lessons of the First World War and abandoned the useless big gun fleet in favor of the U-Boat arm, the Kriegsmarine could have used its over 8,300 battleship sailors to man an additional 166 U-boats at the outset of the conflictenough to quadruple the vital submarine force at a time when Britain was most vulnerable. Splendid as they were, the very size, power, and cost of the mighty Bismarck and the other battleships may well have cost Germany the critical Battle of the Atlantic.


Flyhawk Models, a relative newcomer to 1/700 scale, has released some very impressive models to date; their HMS Campbeltown, HMS Naiad, HMS Hermes, and HMS Prince of Wales kits have raised the bar for the scale. If their new Bismarck is up to that standard, this may well be the best rendition of the mighty beast yet in 1/700!

Click Star to Rate
Only 1 reader has rated this. 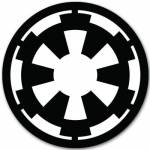